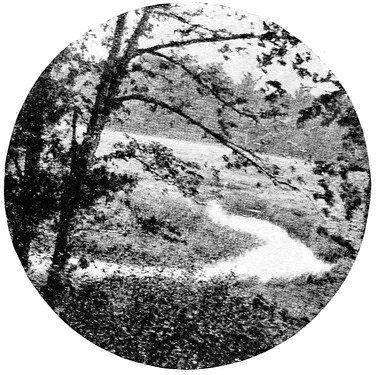 The Let’s Talk Transition online session on 9th November 2021 ended with Paul Shelton reading aloud to all participants his letter from the future.

Try it in your group: someone reading it aloud to everyone in a reflective space:

I know that there are many of you sitting here this evening, thinking that the challenges you face are  overwhelming. Some of you are even probably feeling that things are so broken, that there is really  no solution. I know you’ve had some rough times…bushfires, heatwaves and biodiversity loss and  more…it can all feel like the future is in doubt.

So we are sending this letter, against all probability, to say not only that there is a solution, but that  you are here tonight on the cusp of a tipping point. This gathering, and those like it that are going on  all over the world are the seedlings of true and profound change that will sweep not only this  country but the world over the next 60 years. I know it all looks a bit hopeless now as your political  leadership steers us against science and some might even say reality, but our history shows that  governments, corporations and the wealthy elite have only the veneer of power. The real power is  with you and the thousands of people like you across the world. History also shows that the solution  wasn’t one thing…it was a million things, in a million different ways. When we look back they look so  obvious and straightforward but our records show that they were anything but…that there were  false starts and people trying to subvert change to their own ends.

We won’t pretend it was easy. The changes have been so profound and so broad that there was  conflict, there was pain. There was even some loss of life in places that couldn’t weather the  changeover period or the chaos that we had already locked in. But we have made it; climate has  stabilised. Our communities and people have discovered that wealth and consumption did not  actually bring the panacea of happiness and fulfilment that it promised, but that the simpler, more  harmonious life; that we have adopted out of necessity, is actually more fulfilling. In some ways it  was the Pandemic of 2020 that was the tipping point…as people realised that connecting and  community mattered more than wealth or ‘stuff’. Communities are now the driving force in our life.  Big cities that existed on a scale that only made sense to central governments have devolved into  networked villages so that food, transport, education, housing and economics are now locally driven  and community managed.

To close my letter we want to say, from your children and your children’s children; thankyou.  Because it was you people who caused the first of the great tipping point. By saying no to mindless  consumption, by painting a picture of change and building passion for an eco-regenerative and  socially just future you set off a chain reaction that built localism, resilience and sustainability. That  drove lobbyists and vested interests out into the light and that made us stop and remember that we  are all the same species and to care for each other is our nature, however buried. As I said some will  fight against it, hoping to drag the last dying dollars out of fossil fuels and waste, but rest assured…  you do triumph.

So be strong, be brave and know that your choices and actions today are powerful and will  overcome inertia, vested interests, political gamesmanship and myopia. You are the people and  history shows you make the difference.

Your children and grandchildren.