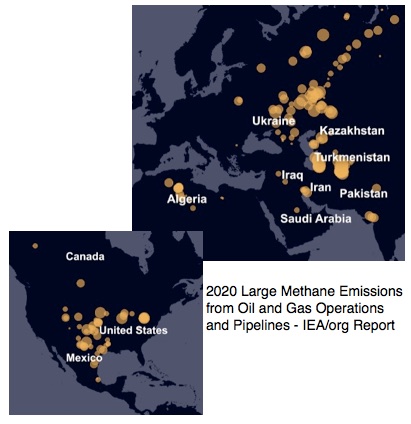 “Nearly half of the roughly 380 million metric tonnes of methane released by human activities annually could be cut this decade with available and largely cost-effective methods, according to the UN assessment. Doing so would stave off nearly 0.3C of warming by the 2040s – buying precious time to get other greenhouse gas emissions under control.

The easiest gains can be made by fixing leaky pipelines, stopping deliberate releases such as venting unwanted gas from drilling rigs, venting during maintenance, and other actions in the oil and gas industry. Capturing fumes from rotting materials in landfills and reducing methane from ruminant livestock ( eg: cows ) will also help.

For now, though, the trend is running in the opposite direction: The methane concentration in Earth’s atmosphere has been surging over the past half-decade, the NOAA Annual Greenhouse Gas Index shows. And despite the pandemic, 2020 saw the biggest one-year jump on record.

The causes of the recent spike are unclear, but could also include natural gas fracking, shale oil extraction, and increased output from methane-producing microbes spurred by rising temperatures.”

On a positive note, imaging technology, using satellites to identify methane plumes  is tracking and measuring methane volumes from leaks in pipelines and the deliberate venting of unwanted gas, making public the true amount of “fugitive” emissions, and providing a new regulative tool to reduce methane emissions. 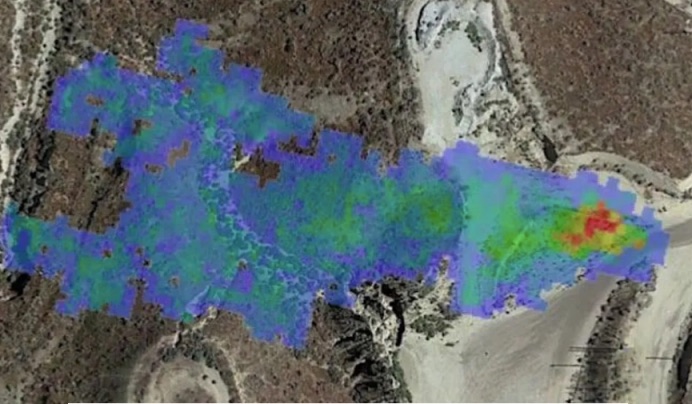 Less positive, around 60% of the world’s methane emissions are produced by human activities – with the bulk coming from agriculture, waste disposal and fossil fuel production. Human-caused methane is responsible for at least 25% of today’s global warming, the Environmental Defense Fund estimates.