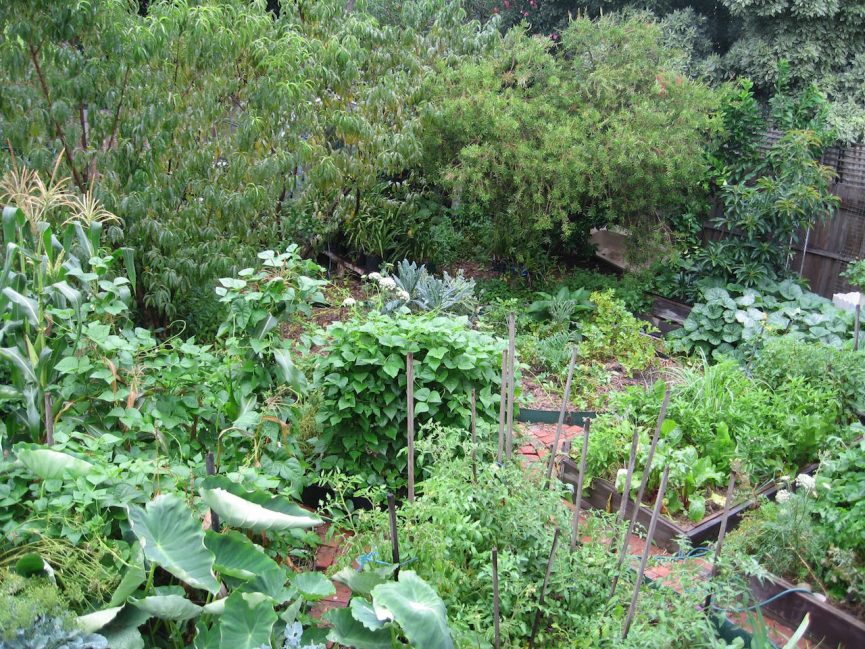 We each have our own preferences for food, location and climate…well so do our plants. They all have things they need, things they use and things they don’t, not to mention things that like to eat them. So what happens if we grow the same thing in the same place every year?

Well – we deplete the soil of the things that the plant uses a lot of, making relatively abundant the things that it doesn’t and make the perfect situation for bugs to just wait until you plant their favorite meal again. All in all a great way to reduce soil health and in turn the vitality and productivity of your garden.

You can try and fight against this by adding nutrients to the soil, using pesticides to kill the bugs and diseases and so on but this is fighting against the symptoms not the causes which means eventually you lose. You can also emulate the natural system of poly-culture (which we’ll loosely translate into many species) through approaches like guild planting or food forests but that’s another topic entirely. On this page we’re talking a place to start for the beginning gardener… crop rotation.

Crop rotation has been around for thousands of years. It was originally just the idea of leaving a field fallow (empty) in between seasons but since then has developed into a myriad of ways to rotate crops around a number of fields (or spaces) with the intent of improving soil health, decreasing the need to treat pest ‘symptoms’ by keeping diversity in what is planted where and ideally increase the productivity of your garden.

So some basic ideas to start with:

Crop rotation can get endlessly complicated and to be honest there is so much information that is contradictory that it can get very confusing so we’ll walk through an application of it.

Step 1: Work out what you want to grow

There’s no point planning to plant something that you aren’t going to eat so work out what you like eating.

Plants can be divided into a number of families depending on their characteristics. This is an entire science in its own right so let’s simplify it down to some of the main players. We’re also going to break them up into light feeding and heavy feeding which refers mostly to how much nitrogen in the soil they need to thrive and be productive.

Step Three: How many beds do you have?

What is your space actually like? This is important as it will inform how you arrange the families. Remember that a bed doesn’t actually have to be separated as such. For example I have four large ‘L’ shaped beds but I divide each of the legs of the ‘L’s as their own beds. This gives me 8 beds which I find easier to plan for.

So now that we’ve met the cast how do we arrange them? Well there are a million ways but hopefully if you’ve got to this point you actually have a pretty good idea of how this is going to work ie:

So a simple rotation, bearing in mind summer and winter seasons 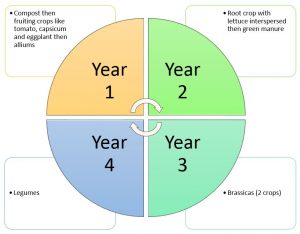 In my bed I have two four bed rotations (which makes 8 beds) and it looks something like this:

Well compost and manure to be honest. Your heavy feeders will love a well composted bed but rooting families not so much. If you are planning to grow potatoes in particular then try and avoid a fresh and heavy feed before you plant.

A couple of final suggestions: