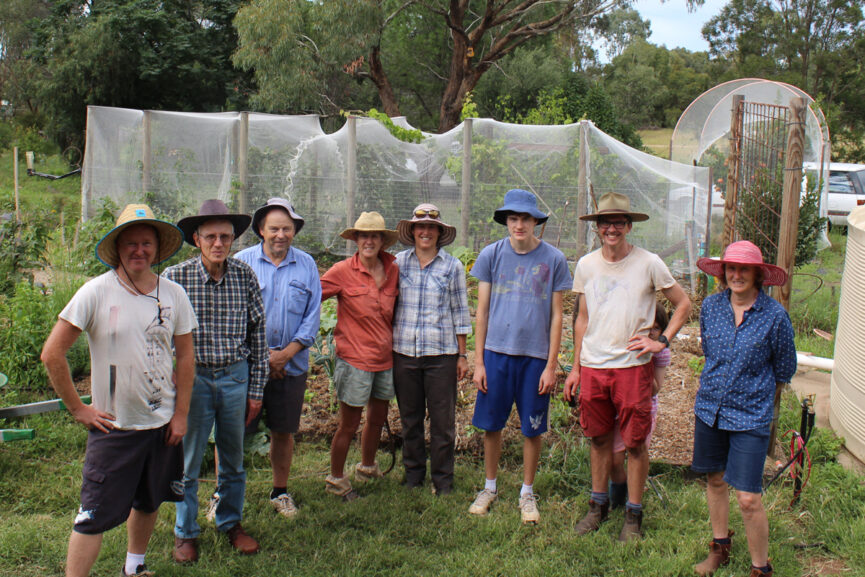 How do you start a Transition Group? Am I the right person? Will I or won’t I?  “There must be someone more capable (and organised!) than myself.” So many of us have asked ourselves  questions like these. Here is Peter’s story.

Allow me to introduce myself. My name is Peter Duggan and I am the convenor of Transition Dubbo, in the Central West region of New South Wales. I would like to tell you about the long journey it took for me to gain the courage to begin a Transition group in regional Australia. I moved to Dubbo in 2015 after having had enough of Sydney’s frenetic lifestyle. The city’s walls were rapidly encroaching in on my peace of mind and I wanted out. Its not all bad though. Sydney, as we all know, has the best of everything and it has the worst of everything. Anything you have an interest in you’re sure to find it. Pubs, sports, beaches, nature, good food and good company. However, along with that comes over-development, noise, crowds, cars and bad attitudes. Having grown up in a tiny beachside village it was a bit too overwhelming for me at times but I often found purpose and happiness in the various community and activist groups that I had joined in the seven years that I lived there. One of those groups, and by far my favourite, was Transition Bondi. 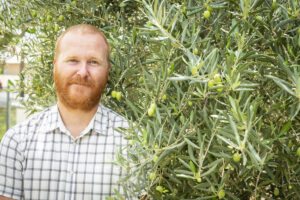 I first came across Transition Bondi when I was handing out leaflets at a talk about Cuba’s energy revolution back in 2011. Although there weren’t many people there that night, I still found it worthwhile to engage with like-minded people. Also leafleting was Lance Lieber from a group he said he helped start called Transition Bondi. A brief description by Lance of the goals of the group and the wider Transition movement and I was intrigued. Lance invited me to the next film night they were putting on and I dared myself to go along. First impressions were of friendly, welcoming people and I have to admit it took me a while to warm to the genuine friendliness shown by strangers. It all made so much sense and straight away I recognised how relevant this movement is. We are the solution! Instead of waiting for the world to change, we can be the change we want to see and to do it, not on our own, but most importantly to do it together. So, there was no doubt in my mind that I had found something worthwhile to shift my focus towards.

Although I lived quite a way from Bondi (in Epping at that time) I still made sure to attend the film nights as often as possible and merrily took part in helping to prepare the meals with other volunteers under the guiding and encouraging hand of Kit Shepherd. I was hooked and found something I genuinely enjoyed so putting the effort in to travel by bus and train to get there was worth it. Being a bit naïve I just assumed that with such a brilliant concept it would only be a matter of time before the movement would rapidly spread across Sydney and elsewhere. Sadly, in today’s self-absorbed world that wasn’t the case but lo and behold once a seed is planted something magical can grow.

Fast forward a few years and I was out in Dubbo with my family just itching to get a chance to join similar environmental groups. Although there are a few groups out this way including a Rivercare group and a field naturalists society I felt there needed to be a group that addressed having a right relationship with nature and each other, one that brought about change in people’s lives and help to reduce their impact on the planet. The idea of a transition group in Dubbo beckoned but I brushed the thought aside. There must be someone more capable (and organised!) than myself. So, I waited …. and waited. Not being an extrovert, I fought for years the idea of me ever starting a Transition group in Dubbo, and besides it seemed a bit presumptuous that a ‘blow-in’ would dare to start a group and muscle in on the already numerous community groups in Dubbo. I put the idea on the shelf and stuck to my immediate concerns of developing my own business and building my home. Avoiding that nagging feeling was tough but it seemed that the idea was laid to bed for good. 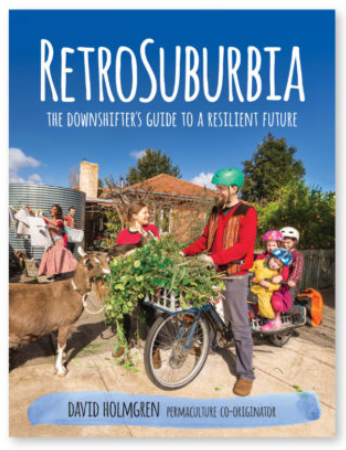 Life has surprising paths for every one of us, sometimes good sometimes bad. And a happy surprise came along in 2019 when I read a blog entry about what was called a Permaculture Living Course (PLC) 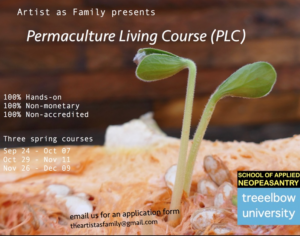 on the website of Artist As Family, who I had recently found out about after reading RetroSuburbia by David Holmgren. Having known about permaculture for many years it too was something that sat on the shelf in my mind as life goals and other activities were at the forefront of my attention. I never did a Permaculture Design Course (PDC), the idea of designing for large scale properties has never tickled my fancy, all I wanted to do was live permaculture not design it!

It seemed serendipity had crossed my path when I found out they had positions open for people to attend their next PLC and I whipped up an application before I (or my wife) could stop me. I reassured myself (and her) that there’d be no way I’ll be accepted as I assumed they would get dozens of applicants. A week or two later and I got the news that I was accepted to attend their next course in April. No turning back now.

After a big train trip I was warmly received into the household of Artist As Family (consisting of Meg, Patrick, Woody and Zero the dog). Let me just say that for two whole weeks my life was dramatically reoriented as I learnt about the daily activities of this wonderful family (check out the dozens of clips on neopeasant living on their YouTube channel). It was fascinating, my brain was buzzing the whole time, (I found it hard to sleep at night with all the excitement) and I hold it dear to my heart to this day. I admit I was very quiet the whole time. Mixed emotions ran through my head, what right did I have to be there?

I thought about permaculture a lot but hadn’t applied any of it in my daily life. I felt like a fraud but couldn’t reveal it to them. The course was for free with the express concern that the skills we each learnt was to be put to good use and shared with others back in our own communities. I meekly let Meg know that I kept dreaming of starting a Transition Dubbo group but I didn’t feel like I was the right person to start it. Confidence in myself must have grown after having done the course and her reassuring and positive words tipped the scales. Yes, after all these years, I will start Transition Dubbo.

I was told by friends I had a hard task ahead of me, Dubbo is, after all, a very conservative town, but this is exactly the sort of place that needs to shift in thinking and to apply a better approach to balancing our material wealth with our impact on the planet. After a slow start the reach of Transition Dubbo has been growing. We have a regular and growing number of attendees at our workshops, food + film nights, farm tours, talks, food swaps, garden digs, social gatherings and other activities. 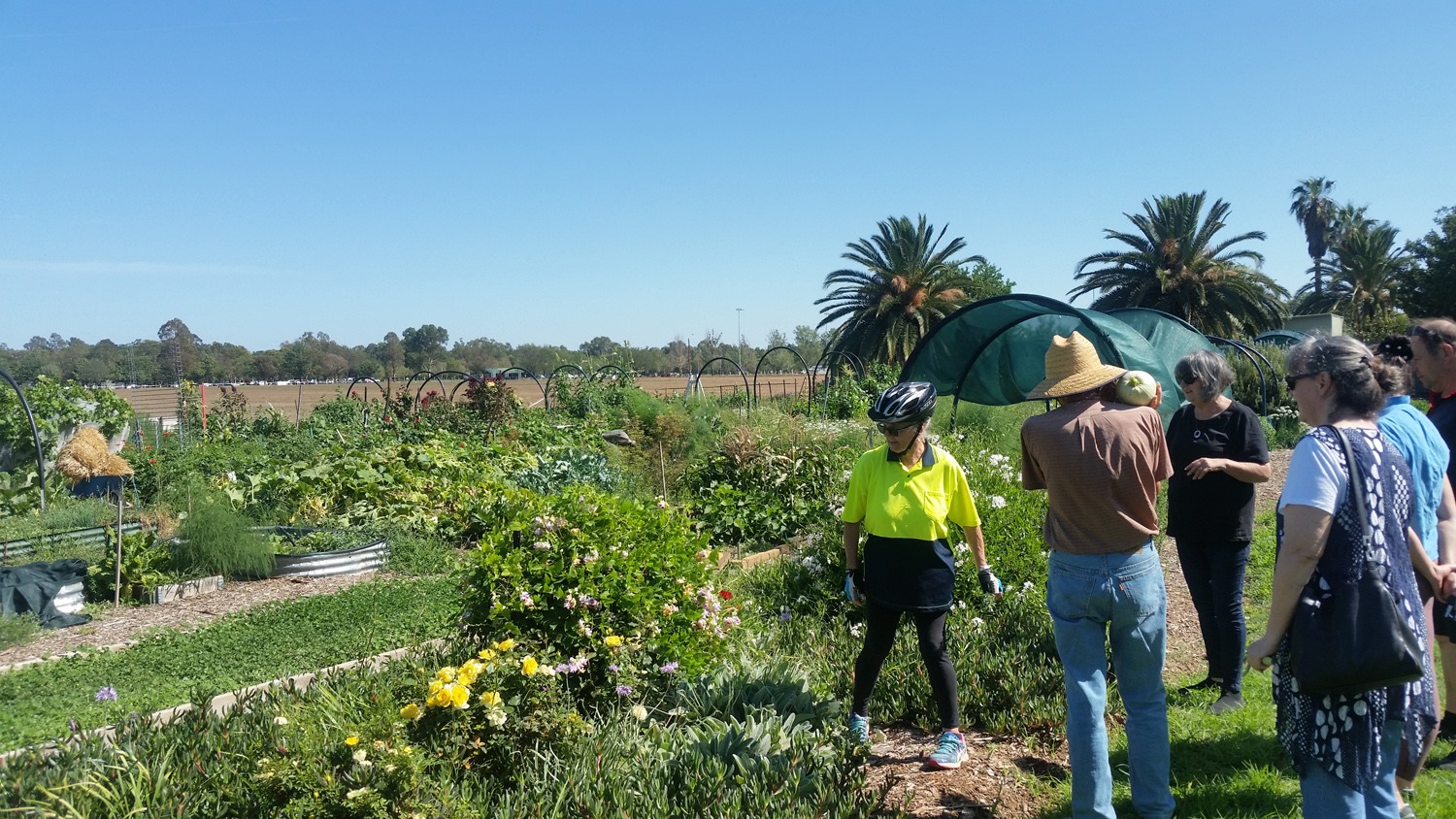 I must admit it hasn’t been easy but starting on this journey has been the right decision and I can see the important and deep changes the group is making in people’s lives. 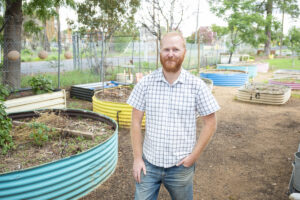 Sometimes I have to give myself a reality check and not dream too big. Yes, there are many ideas I would love to see implemented but they must wait as the group slowly emerges and evolves towards what is relevant in the context of our town and region.

Just as the seed was planted in me all those years ago in Bondi, we may see a new flourishing of the Transition movement take wind in Australia as more and more communities take up the task of addressing the big issues of our time in their own way and in their own place. For those on the threshold of deciding whether to start a Transition, or other similar, group I say be bold, surprise yourself and take the plunge. With shared support, from new and old friends, we can all help make a difference.