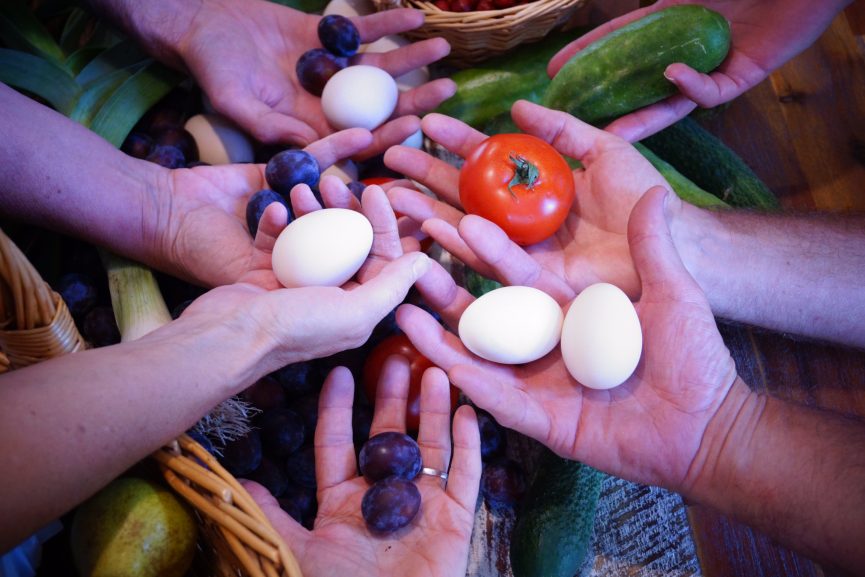 In 2018 David Holmgren, co-originator of Permaculture, visited Launceston as part of the tour for his new book ‘Retrosuburbia.’ His book is about how those of us who live in the suburbs can live more sustainably, by growing food and making thoughtful choices about home and lifestyle. To be honest, the book is a big, heavy brick-like tome that I had struggled to get motivated to read – even though it has lots of colourful pictures! So when, at Holmgren’s presentation, a handful of people put their names down to say they were interested in forming a Retrosuburbia book club, I thought it’d be a great motivation to read it, and offered to host the first one.

I sent out a few emails to our book club signup list, read the first few chapters of ‘Retrosuburbia,’ cleaned the house and cooked a few pizzas. And then… one of the eight invitees arrived with her daughter. But nobody else showed up!

I felt like giving up on the book club idea, but the other half of the group was keen to give it another go, this time listing an event on our local permaculture facebook page to see if anyone was interested. And behold, this time twelve people came together; bringing amazing food, drink, flowers, produce, seeds and conversation about how to live more sustainably in Tasmania.

As we got to know each other, it turned out that at least half of our book club members had moved to Tasmania from mainland Australia in the last few years, with the hope of living a lifestyle that would reduce their carbon footprint and make a difference to climate change. Tasmania feels like the kind of place where living sustainably is possible because of the cooler climate, smaller community, lower cost of living and cheaper access to housing and land. As we continued to meet, the conversation moved over time towards starting up a local Transition Town group in the hope that we could engage more of our community in living a more resilient life in the face of peak oil and climate change.

So far, our Transition Tamar group has met four times and created a vision of the kind of place we’d love for our local area to become. We have ideas for ways to bring food, beauty and wellbeing to our community; and we have a group of excited members already reaching out to bring more people onboard.

From a tiny book club meeting, to the seeds of hope for a more resilient community: Transition Tamar will unleash later this year!