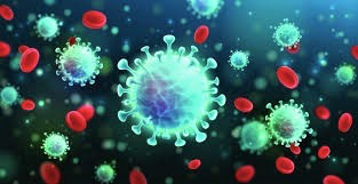 This interview was conducted by Harry Creamer on-line using Vironet,  a new way to communicate with viruses.

Admitting to mixed feelings about the pandemic, Covid-19 (or ‘Covie’ as it prefers to be called), revealed how it got from wild nature to the heart of our cities.

“I started my journey in the forest and met my first human in the crowded wet markets of Wuhan.  Those wild animals, killed in full view for human appetites and dubious medicinal qualities, are a great way to jump the species barrier”, Covie enthuses.

“Becoming a new human pathogen is a real honour.  As a virus I will always find a chink in the armour of human defences and I mutate so often – no wonder they are having such an awful time trying to control me”.

Covie points out that wherever people are destroying the environment, animal viruses can escape to humans.  “Take Australia for example, some of my friends are saying they can’t wait to be carried by bats and other animals fleeing from land clearing and the destruction of their forests to seek shelter in tiny remnants of native vegetation in pocket parks and sports fields”.

Covie points out that neo-liberal governments and their anti-environment and climate denial policies offer good opportunities for viruses.  “I can exploit the destruction of nature in places like the USA, Brazil and Australia, and of course in China.  In fact, the world is our oyster (and we’ll probably infect that too)”.

“These governments think they can dominate nature for greed and profit, but this just opens up more opportunities for me and my friends.  Cutting green tape and allowing development to destroy whatever stands in the way releases us to wander freely among humans”.

Covie is particularly proud of being able to ground the aviation and cruise ship industries, something it never thought possible, and force lockdowns that cut traffic, with fewer car accidents and less air pollution.  It also adds cleaning up the canals of Venice, reducing what it calls ‘mindless consumption’, and cutting immigration and population growth to the list of disruptions caused.

“I get to look into bedrooms all over the world and I can tell you there’s not much happening there right now”, it chuckled.  “There’s nothing to beat the fear of catching a virus as a turn-off for sex”.

Covie has noticed other positive changes for societies worldwide.  “More people are cycling, visiting farmers markets and national parks, and sales of books are surging.  Telehealth and video conferencing are booming and people are sharing and caring more for each other”, Covie says.

Covie admits it has caused a small turn-around in efforts to tackle climate change, with global energy demand falling 6%, CO2 emissions down 8%, coal power down 10% and prices for coal falling too.

“Although global warming is clearly in my interests because viruses and vectors like mosquitos, ticks and fleas love the warmth and humidity, I do need humans and I’d like to see them beat this climate challenge.  They are one of my most valued hosts!”

“They are talking about ‘building back better’ and if that includes the 1 million new jobs in clean energy and they finally break their addiction to coal, oil and gas, they might just survive the worst of climate change”, Covie said.

As for the future, Covie predicts the best is yet to come.  “This is just a warm up act.  As the Terminator says, ‘I’ll be back!’”

This article was first published by Inklings magazine, a local environmental publication on the mid north coast of NSW.

Harry Creamer is active in retirement working for a safe climate, more clean energy and better protection for our natural environment (even if this means some damaging developments must be stopped).  The science of climate change is clear – we must rapidly decarbonise the entire global economic system if humans are to have any chance of long-term survival on this planet.  He has children and grand-children to care about, as well as holding wider concerns for humanity and all we call civilization.